Over the years Friends of Fuller Gordy Strikefest has honored many deserving recipients, who have worked consistently to improve their communities and the world. They are gifted with monetary awards and wider recognition. Besides the bowling competition and other activities, a highlight of a Strikefest evening is always the concert. Year after year, guests eagerly anticipate the rousing stage shows that round out the night’s activities. They’ve stomped their feet, clapped their hands and swooned to the artistry of Motown stars and others who have lit up the Strikefest Stage.

FRIENDS OF FULLER (FOF) upholds the bowling and giving legacey of FULLER B. GORDY, business executive, mentor and caring humanitarian. It honors his legacy by recognizing individuals and organizations, who like Fuller, have established a track record of helping others and positively affecting our world.

Your continued support of FRIENDS OF FULLER B. GORDY is greatly appreciated. With your ongoing partnership, moving forward, we will continue to assist deserving humanitarians, while honoring the life and legacy of FULLER BERRY GORDY, through bringing together the Motown Alumni, fans and friends for an enjoyable entertainment extravaganza.

While the first Strikefest was originally to be a one time celebration of Fuller B. Gordy and his legacy of bowling, giving and love, it was so wildly successful that Iris and Karla felt compelled to make it an annual event. That first year and each year thereafter, attendees have ended the night with glowing accounts of the evening’s events – some exclaiming how they’d just had more fun than they’ve had in years, others saying they wish they could attend the Strikefest at least once a month! 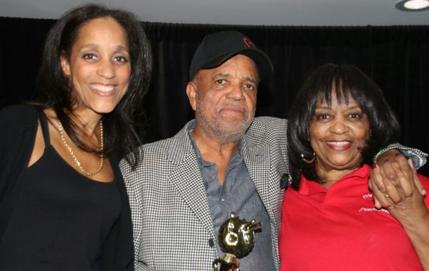 In 2008, during a bowling outing, Iris Gordy thought of her beloved father and realized that bowling would be a most fitting way to honor his memory. She immediately shared the idea with her daughter, Karla Gordy Bristol and together they launched the first “FRIENDS OF FULLER STRIKEFEST!”

It was a magical evening, featuring awesome performances by three incredible Motown artists, TATA VEGA, the late TEENA MARIE and the late ALI OLLIE WOODSON. The dynamic TATA VEGA kicked off the evening, with a rousing performance that seemed to send those watching, into a joyous delirium. TEENA and ALI then each captivated the crowd with inspired performances and soundly mesmerized the crowd with a sizzling rendition of TEENA and RICK JAMES’ classic hit, “Fire and Desire.”